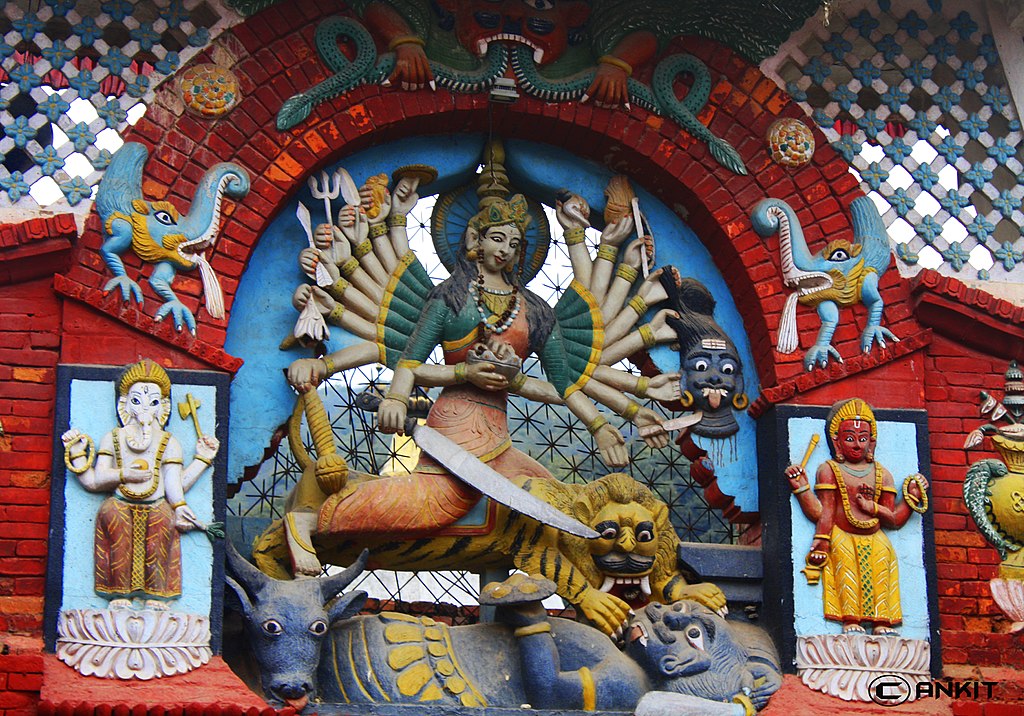 It is the longest and the most auspicious festival in the Bikram Sambat and Nepal Sambat annual calendars, celebrated by Nepalese people, along with their diaspora throughout the globe. In Nepal, it is also known as the biggest festival of the country and is the longest national/public holiday, 5 days to be exact. It is the most anticipated festival in Nepal. People return from all parts of the world, as well as different parts of the country, to celebrate together.[4] All government offices, educational institutions, and other offices remain closed during the festival period. The festival falls in September or October, starting from the shukla paksha (bright lunar night) of the month of Ashwin and ending on Purnima, the full moon. Among the fifteen days on which it is celebrated, the most important days are the first, seventh, eighth, ninth, tenth, and fifteenth.